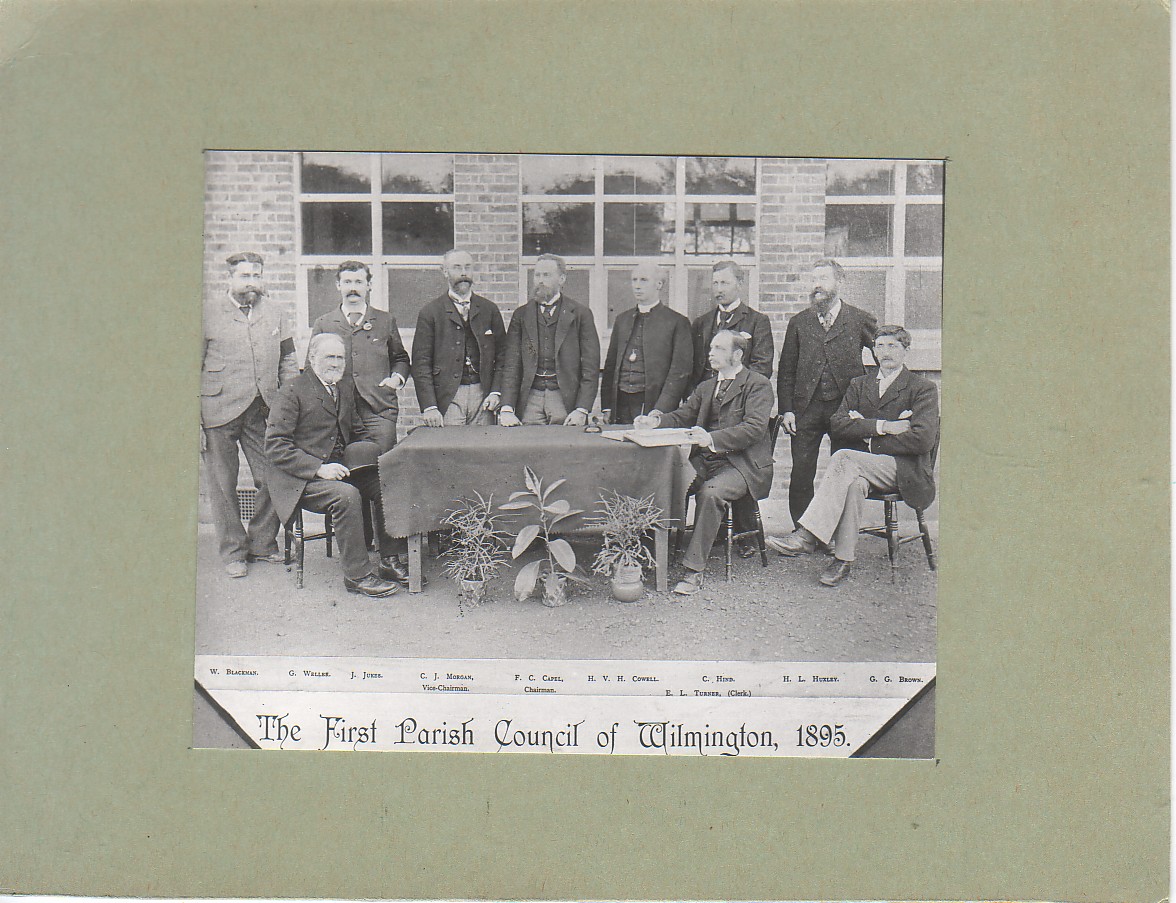 The Parish Council, one of the largest in the Country, was founded in 1895 as a result of the Local Government Act and has nine Members representing the Wards of Birchwood, Wilmington Central and Orange Tree.

The Parish has a population nearing eight thousand and has eight schools, one shop and five Pubs within the village of Wilmington whilst in the Joydens Wood area of the Parish there is a Post Office, a garage and a parade of shops.

Wilmington stands 1.5 miles directly south of Dartford and only a few miles or so north of Swanley. The Parish, covering roughly three square miles, reaches from the southern edge of Dartford down in a south westerly direction via Leyton Cross and Joydens Wood to almost the A20 road from Sidcup through Swanley to Mid Kent. Wilmington Village is in the north eastern corner of the Parish.

Throughout its history the Parish Council has worked closely with the residents of the Parish and wherever possible takes a lead in organising events or ensuring that the views of those residents are heard.

In recent years the Parish Council has, with the help of a group of hard-working and enthusiastic residents, organised the Annual Village Fete on Wilmington Common, Carol Singing under the Village Christmas Trees, the regeneration of the Village Centre; underwriting an annual Pantomime staged at The Memorial Hall and much, much more.

In 2012 the Parish Council was involved in a project to build an extension to the Memorial Hall where the Wilmington Trail starts which, in addition to providing extra community space,  also houses the Village Heritage Centre

CURRENT MEMBERS OF THE PARISH COUNCIL