The following snippets about some of Wilmington’s Public Houses are taken from ‘Cheers’ a book produced and published in 1990 by Dartford Borough Council to celebrate ‘A Hundred Years, A Hundred Dartford Pubs’ –

The pub came to prominence around 1910 when it became a tram terminus. James Henden took out a 98-year lease on this Beer House in 1867 with the freehold held by ‘Basil Woodd & others’ who were apparently trustees of a deceased and un-named owner. Henden had a mortgage from Truman Hanbury Buxton & Co suggesting that this was one of the Company’s rare outlets in the area. Kidd’s bought out Henden’s interest in 1878 for £440. The new brewery paid £300 for the freehold in 1924 – the vendor being C Cressy whose family were likely to have been the owners all along

The Kidd’s Brewery monogram ‘CNK 1931’ on the sign (now held in the Heritage Centre) dates the rebuilding of the old beer house and five cottages which had been on the site since at least 1838 The new pub cost £5,448 – quite a sum at that time. Kidd’s had paid William Wain £1,217 for the whole property in 1887, ten years after taking over as Wain’s mortgagee – and beer supplier from the Miskin company. Miskin had in turn taken over from Russell & Sillyer in 1863 (NOTE - The Foresters is due to be demolished with permission given in August 2019 for the site to be developed to provide six dwellings)

Renovations have not hidden The Orange Tree’s historic form with the building, part of Orange Tree Farm, probably dating back to the 17th Century. It was an inn by 1832 when it was jointly owned by Mr & Mrs W Blackman and T & J Larner. The pub was sold to the Dartford Brewery in 1904

Now a guest house, the Jessamine had a tenant called Henry Cleave, listed as a beer retailer, in 1907 – the only date traced as being a pub. It is thought to have closed shortly after but may have been in business for some years before. Its name is an alternative spelling of jasmine, the shrub

This has been a fully licensed inn – Wilmington’s oldest – since at least 1827. George Steel was landlord from then until the 1840s, when the Thorogood family took over

By the 1850s there were two beer houses in Puddle Dock hamlet, one of which had been named The Ship by the turn of the century. It may owe its isolated position to an ancient church edict banning licensed premises in Hextable Parish – Puddle Dock was just over the boundary in Wilmington. Unusually it remained independent of the big local brewers until 1915 when it was leased to Russells. In 1928 Russells gave The Ship to Kidds, taking The India Arms, Northfleet in exchange. A wine licence was finally granted in 1937, eight months before Courage took over 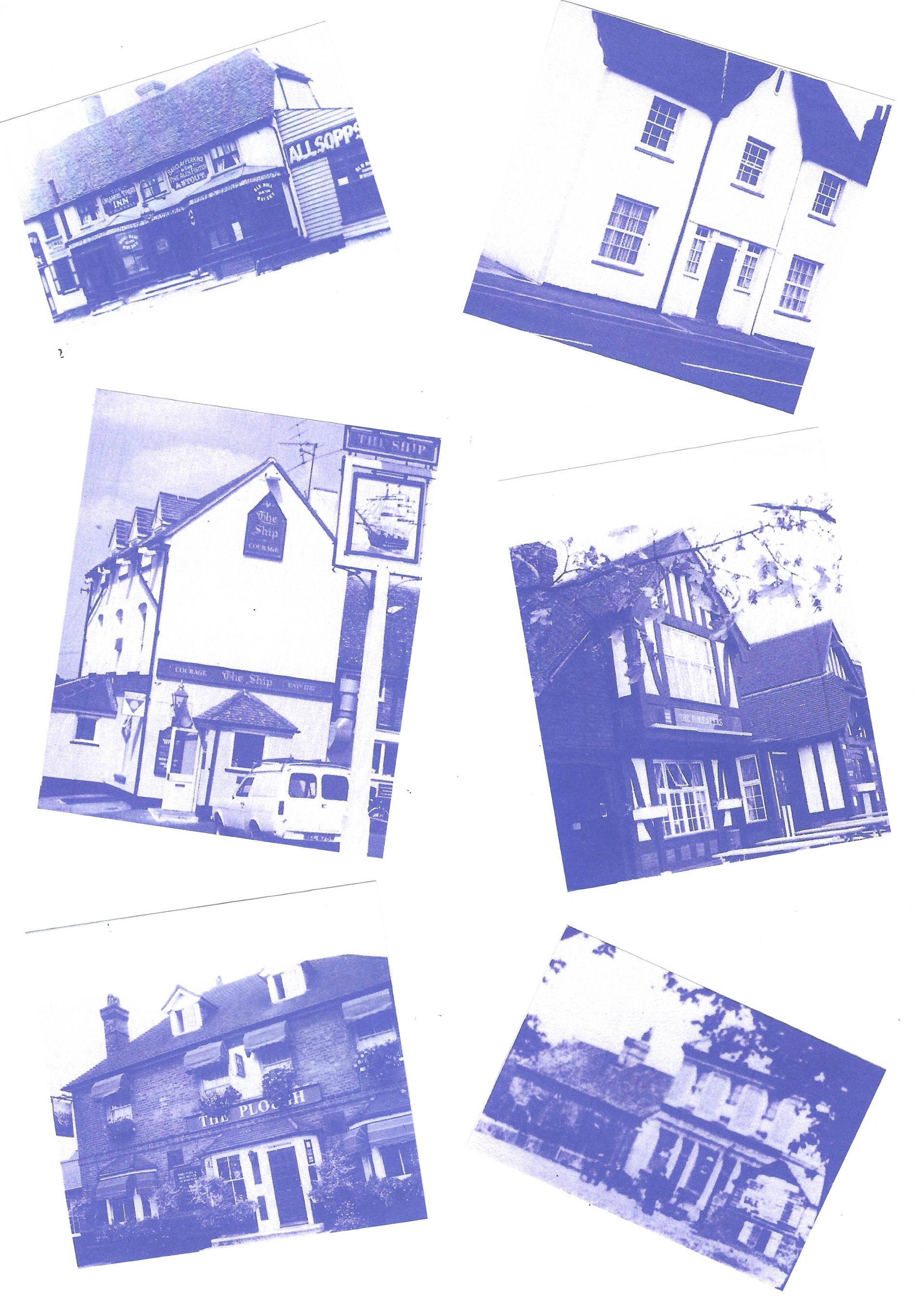